Social media is a fickle creature. Some companies have thrived off social media while others find it to be a pointless distraction.

In many cases, the difference comes down to when you post updates to social media.

Thanks to a new study by Buffer Social, we now have some hard scientific data about the best times of the day to update Facebook, share a blog post, or tweet. Here’s what you need to know about when to update social media:

We’ve all been there. It’s Friday afternoon and you’ve basically finished all your work for the week (you’re leaving the hard projects until Monday). You start wasting time on the internet and end up on Facebook. 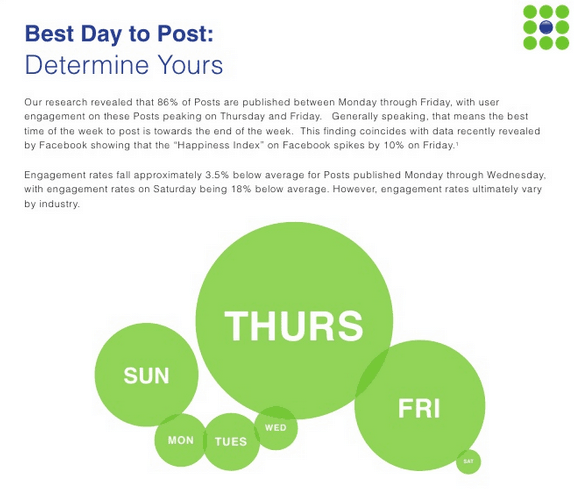 If you combine the results of these two studies together, you end up with this: it’s a good idea to share stuff on Facebook between Thursday and Sunday as opposed to between Monday and Wednesday.

On Facebook, that time seems to always fall between 9am to 7pm. Obviously, that’s a broad timespan. Some have suggested that 3pm is a good time, while others say 1pm or 4pm. In general, you should aim to post updates after breakfast and before dinner.

You should also attempt to learn when your audience is using Facebook. Does your audience commute to work on public transit? Social media usage may skyrocket during commutes in the early morning and late afternoon.

Use Twitter to engage customers on weekends and afternoons

Twitter engagement is 17% higher on weekends according to at least one social media research report. As you can see in the graph below, the highest CTR (click through rates on tweets) come on Thursday, Saturday, and Sunday. 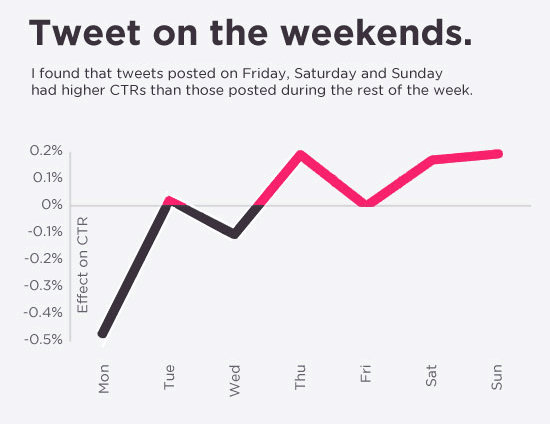 But studies tend to agree on one thing: the best time to get a coveted retweet is 5pm, which is when the highest percentage of retweets occur.

Meanwhile, if you’re more focused on CTR than retweets, then you’ll find that it spikes throughout the day while becoming increasingly more prevalent in the afternoon. Check out this graph:

How to avoid the “dead zone” for emails

Email response times vary widely throughout the day. Since email has been around much longer than social media, we have more concrete data on the best times to send emails: 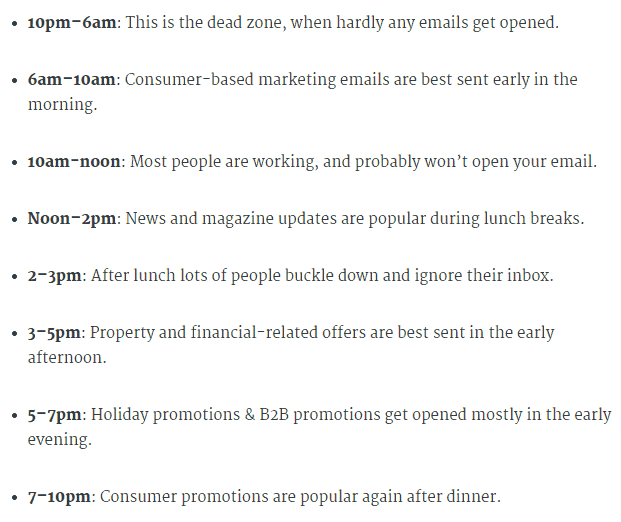 You can see some trends here. People tend to open property and financial-related emails between 3-5pm because they’re thinking about home, their ride home, and their current life situation. At this point in the day, they may also be bored of work and looking for ways to distract themselves online.

Today, most of your customers use social media. That’s an inescapable truth.

Let Renew Marketing help maximize the power of social media. With a combined 20+ years of social media marketing experience, we have helped our clients increase conversion rates while optimizing their online presence.